October 04, 2012
This fun Cupcake album was created for Hanna's Granddaughter's cupcake birthday party.
She had her party at a cupcake store where they frosted and decorated cupcakes. I am so jealous!!!

So this cupcake album was created to hold her special pictures of the day....
I used iridescent ice and glossy accents for the bling aspects of this album.
We are still debating the title as you can probably tell 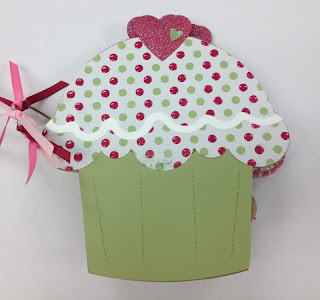 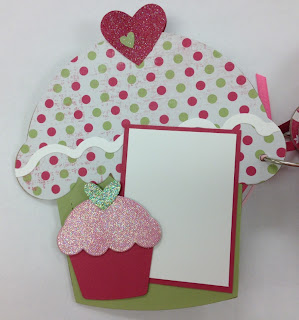 Each page has an adorable mini cupcake with patterned iridescent ice frosting and a heart
as well as a top heart set. 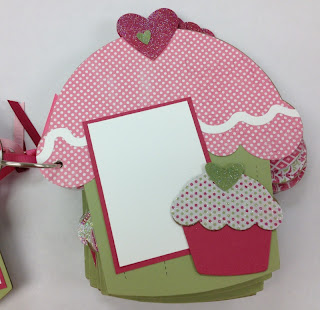 There is room for a photo and then if her granddaughter desires there is room for her to take and punch out random photos or cut photo's to decorate the top cupcake area.
I would suggest more of a punch in a circle shape but cutting could work too. 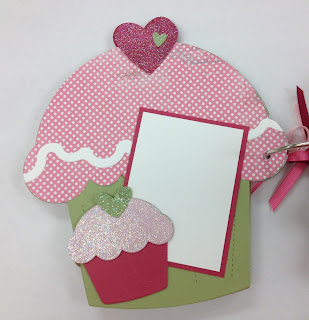 there are 7 chip cupcake shapes to make up 14 pages for this adorable album
including the cover and back page with 12 placed photo spots. 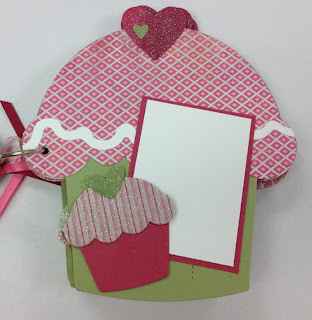 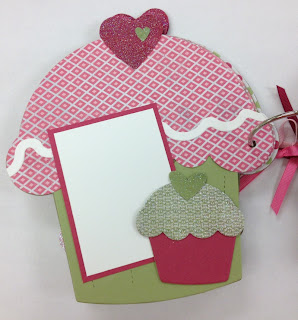 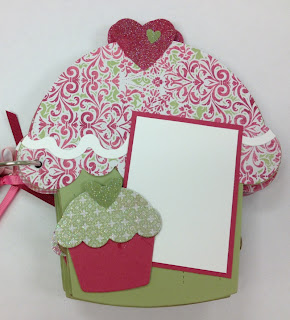 Mixing and matching these fun patterns to make this adorable album 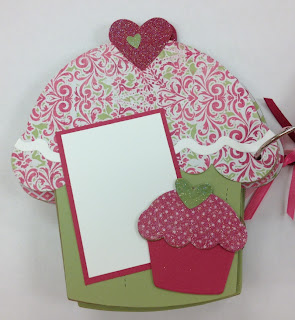 So many papers to use in this fun kit! 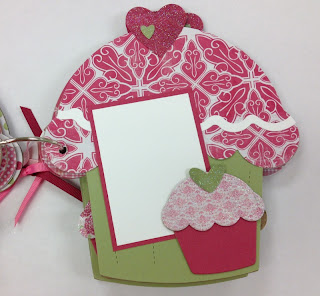 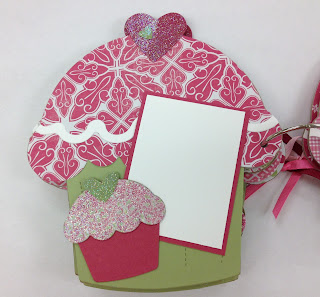 even the wilder papers looked amazing in the shape of a cupcake! 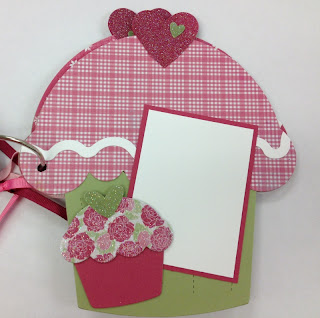 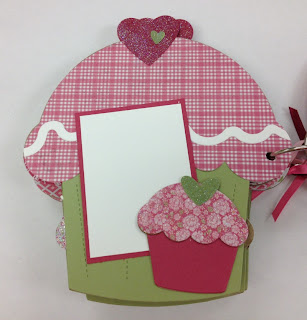 Had to mix both plaids with the flower patterns. 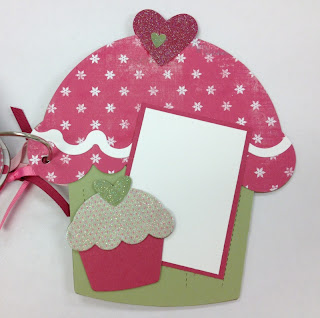 Doesn't this album make you want to have a cupcake party?? 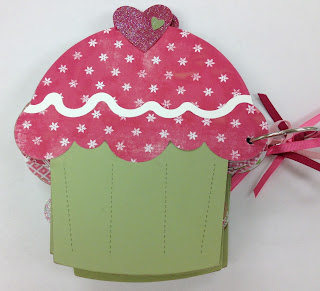 Hope you enjoyed the album,
Dianne