What we have been up to....
The bathroom needed a fixing.. the wall was getting wet from somewhere and oh what to do???
Call the insurance and see what they say. So the first guy says the water is hitting the side panels and flowing from the shower track directly into the wall. Oh joy! He then tells me a little bleach and cleaning and were fine. Hmm that doesn't sound right but Ok I have another guy coming in about a 1/2 hour lets see what he says. His response to that comment was don't let the next guy scare you those mold people are hard core. Ok now I'm worried about what the next guy will say. He says its pretty bad but fixable and my insurance will cover it. Now I'm a bit relieved and hopeful that it will get fixed. Here is the pictures I have taken of this fun process. (I also posted them on face book so if you see them there no need to see them again) 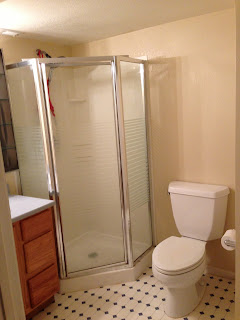 Before work began I snapped a picture of the shower area and the vanity. 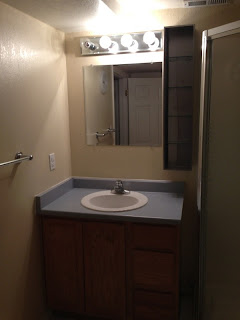 1st day of construction:
The day before they tested for mold but that wasn't really picture worthy.
Mold remediation process begins 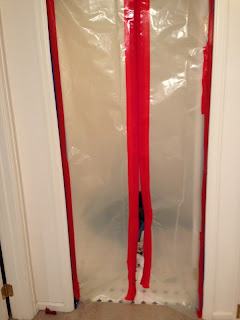 Plastic doors went up at about 8 AM in prep of the take down. 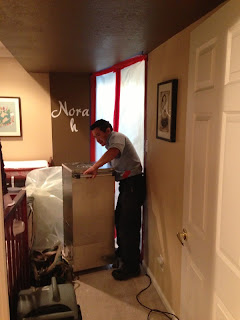 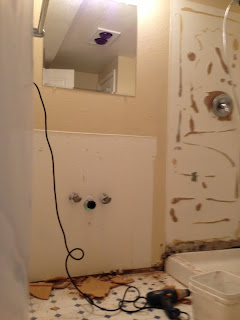 The guys went to lunch and I snuck in and snapped a few pictures.
If you have the shower unit above please do yourself a favor and rip it out and replace it. Its not worth the damage to your house.
This is a shot of the vanity area that was also affected by the water damage 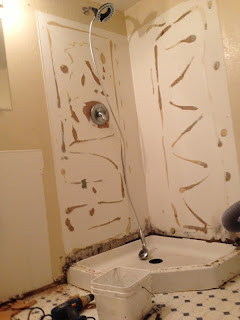 The shower area.. quite scary how much damage was done is such a short time. 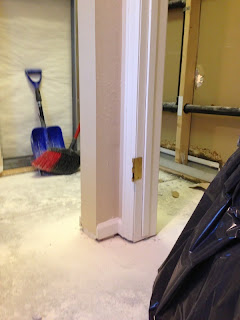 inside the closet of Norah's room 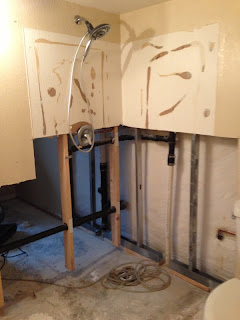 When they left for the day they had removed the bottom of the walls in both rooms. 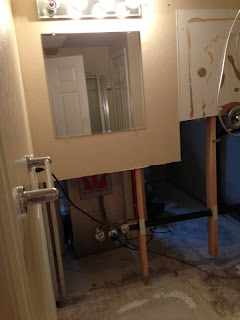 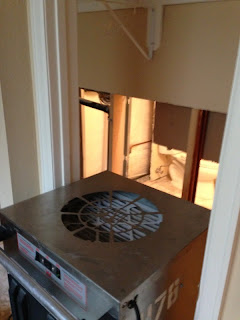 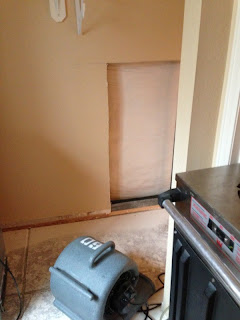 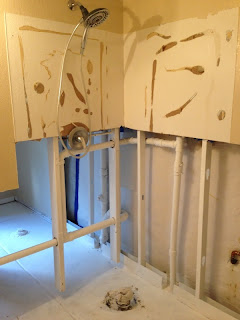 The remediation began on a Thursday on Tuesday the next week they came and removed the fans
then the mold tester came back and gave the ok...
And then on Thursday they  painted the rooms white. 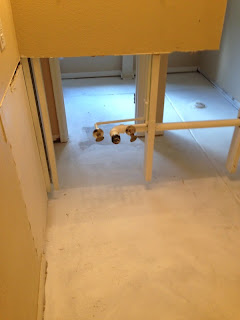 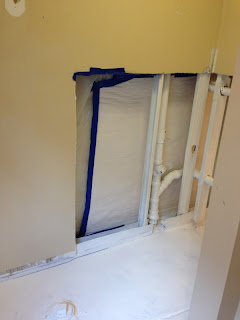 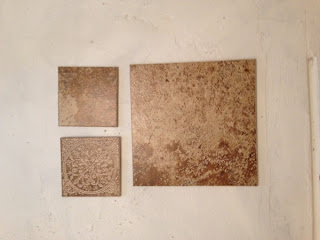 Tile from Home Depot we picked out 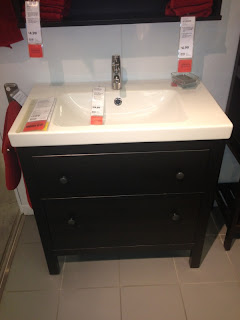 Vanity from IKEA we decided on.
Just FYI if you decide to get something grab it when you see it.
Due to lack of storage space we opted to wait to get the vanity until we needed it.
Stupid rookies!!! They had the base unit but no the sink top in stock. We had to wait 2 weeks for the sink and even then we were checking online, I never got my in stock email and it said they had like 8 in stock I showed up at opening and went directly to the sink area and they had 1. Scary! So word to the wise grab it when you see it and store it rather then wait. not worth the drama and worry. 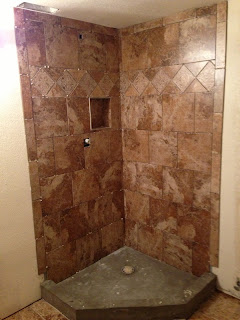 Shower tile install day 2 of the rebuild. The pictures of just the walls got deleted on Jason's phone.
We had a poured pan for the shower and then the tile went up. Love it. 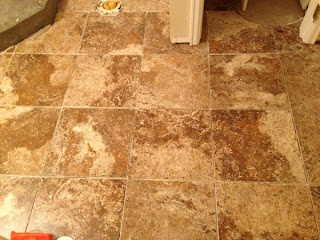 The new floor (minus grout) 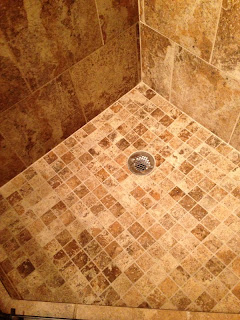 Day 4 or 5 at this point the shower floor went in.
I had to go to a bunch of different stores to exchange and get the un chipped ones the contractor dropped off. Lots of running around so the guys would have what they needed when they needed it to keep the project going. 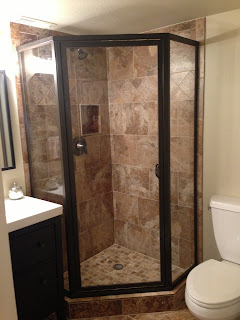 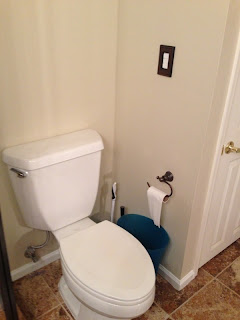 Toilet area with changed out fixtures to brushed bronze 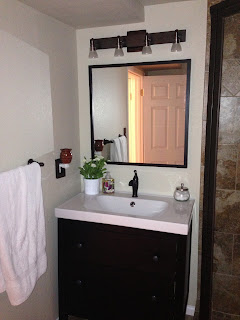 New vanity in place, the mirror is from IKEA, faucet is from Home Depot (IKEA does not have brushed bronze, light is from Lowes. 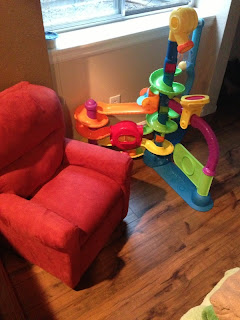 Norah's room...
I had pictures of the closet but Jason again deleted them so now they have it full and I didn't want a pic of that so here is the area before the closet with the new flooring. Love the hickory color. 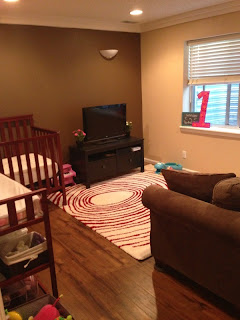 Larger view of Norah's room. Liz got a fun carpet and Norah has tons of play space with the new set up.