July 26, 2021
The next set is of the Egg hunt Easter Morning.
Had to use the "Time to shake your bushy tail" We said that a lot to the kids when they were little
So these were another set that wouldn't really fit on one of my premade layouts.
I also struggled dividing up the pictures for the girls as none except Miranda's were that good.
I even tried to find the film or saved photo's from  2005 and sadly my 2005 bucket starts in mid April
with my niece being born. Skipped backing up Easter apparently.
Probably thought I got this stuff done I don't need to do any of that saving stuff?!?!? 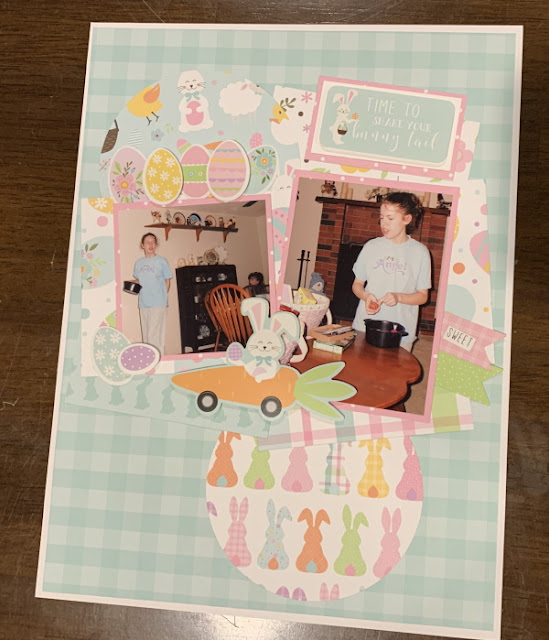 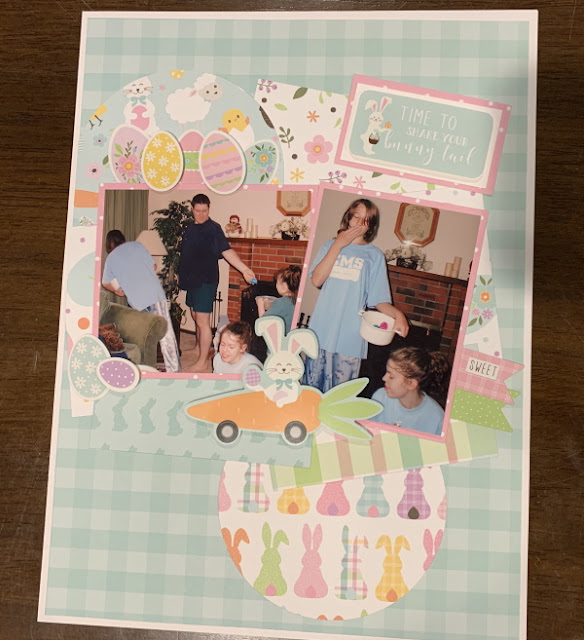 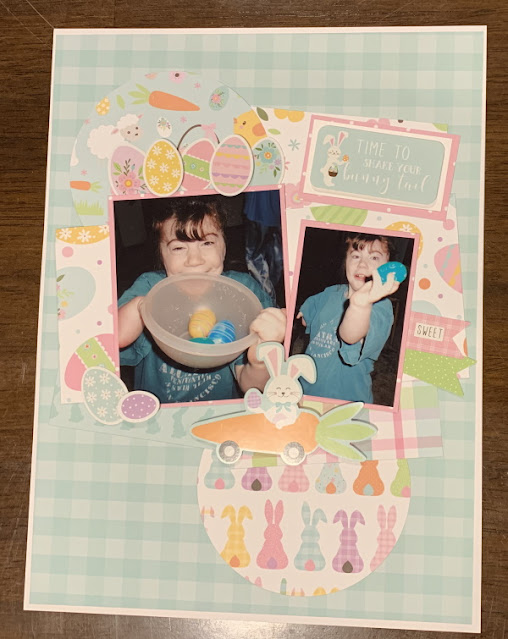 Details:
Base paper is White Daisy
Patterned paper is Echo Park Welcome Easter
Idea was a layout I saw online that had lots of patterns layered over each other.
I cut the bunny butts and the Easter mashup with the cricket 2 (4" circles)
Egg paper was cut to 4 X 8
Flower, plaid and bunny paper was cut to 2 X 4
I used a pink polka dot paper out of the set for the photo mats and the base of the title

Part of the title is popped and 3 of the eggs as well as the bunny in the carrot car.

The bunny butt paper is so cute I started off hiding a large portion of it and then decided it was too cute to hide so I brought  it down more. Its not as noticeable in person but sure is large in the pictures.

Also because of the random picture sizes Lizzies layout you can't really see the egg paper but you can on Alli and Miranda's.

Last of these is coming tomorrow:)